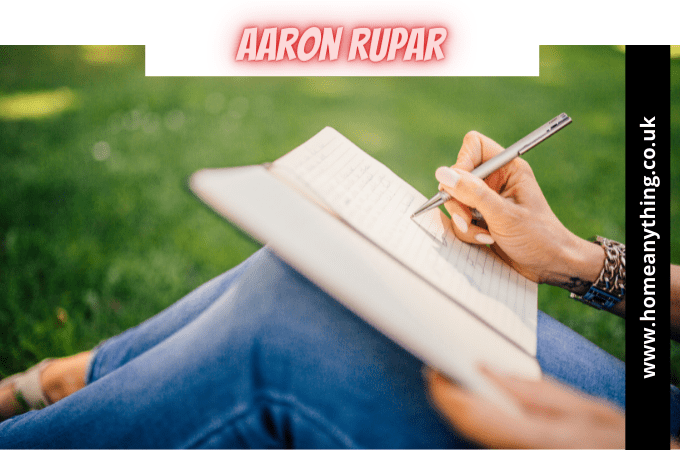 Welcome to the Present Age podcast. Parker Molloy is your host. Aaron Rupar, author of the Public Notice Substack, joins me today. Let’s get started.

Parker Molloy, Hey Aaron Rupar How is it going?

Aaron Rupar: I’m good. Thank you for having me on your podcast. Yes, that’s right. When I learned that you had started your own business, I wanted you to be on this show to discuss it. So that everyone who listens to this podcast can read your Substack. Could you tell me more?

That is a great compliment. Yes, Aaron Rupar, my Substack, which I will call Public Notice, is basically an extension to the coverage I have been doing for about four or five years, maybe six. I was six years old when I started. This is basically covering Trumpism and right-wing media as well as how they fit in the larger sphere of American politics. Like all of these Substacks I believe things tend to evolve as you move. You get a feel for what is popular with your audience, which ones don’t, and what topics people are most interested in reading more about. So I view it as a conversational, iterative, version of the writing I did at Vox. I used to send at least three newsletters per week. It will be more, at least initially. For the first few weeks, I will be doing one daily and then gradually scaling back to a more normal schedule.

It’ll be Aaron Rupar’s place to learn about the top media stories and how right-wing media is covering American politics. You’ll also be able to share some of the good news that you know from Media Matters. This is how I see it going in. As I said, I am confident that things will change. It’s daunting to be at the beginning of something like this. I am hopeful that many of my loyal readers will visit the newsletter and enjoy it. We’ll see how this goes.

Yeah, definitely. The majority of people are familiar with Vox’s writing. Aaron Rupar is probably familiar with the videos. You post frequently. You post videos from all kinds of political events, Trump rallies and et cetera. I was curious if you would still be posting videos and if your Twitter feed will change.

It doesn’t seem likely to change. Aaron Rupar had to spend a lot Aaron Rupar to get the services I used to pay for. All the stuff you know from Media Matters. That’s the idea behind Twitter: to be consistent. For those who only enjoy the video tweets or the threads, there shouldn’t be much change. For those who enjoy my writing, I will still be sending out at least two newsletters per week. The paid one, which I am imagining at the moment, will consist of a summary of the news stories and segments that are most popular. This newsletter will be more media-oriented than the two others, and I think it will be more political.

Twitter has been an important tool for me to build my audience. It’s also expensive. That was a problem when I was planning for the next stage in my career and leaving Vox. All of the negotiations I had to make just to get deals with SnapStream, TVEyes and other places like this made me feel exhausted. However, I feel like I am well-equipped to use the services I have grown to rely upon to provide the media coverage I need. People who only care about my tweets should not be too concerned. Cool. You should subscribe to the newsletter if you are a fan of your tweets.

Yeah. Public Notice is a good choice for what I do, which is to try to find stories in the broad public interest. It’s like a broadsheet you would see in a town hall or somewhere like that. This idea of this newsletter being a broadsheet summarizing the news and politics that I am interested in suited well.

It’s like trying name a band. It’s not difficult to name a band, but I have played in enough. So for a while I thought I would go with the Rupar Report. I may still incorporate it as the name of my paid newsletter, or maybe I will use that section. The ring of Public Notice is appealing to me. It works well for what I am doing. It will be called that.

Oh, yeah. Every time I hear one these names, I feel like “Dammit, why didn’t I think of that?” Do you know what?

It was hard to imagine it feeling. As time passes, I find myself thinking, “Man, I wish it were just like, boom! Here’s what your getting,” and not having to be like “So if I read some philosophy, then blah!” or having to go into details about that kind of stuff. Public Notice is a great name.

It is going to be that way. So, for many, long years, aaronrupar.com was my domain. It was only a matter of cost. Then, I let that slip earlier in the year. It was then bought. It is no longer mine. As we record this, it is still not clear what the URL will be. But I believe it will be aaronrupar.substack.com to begin with. I am still trying to decide if I should pay for aaronrupar.info or something similar. Yeah. It was one of those situations where I had to have money leaving GoDaddy for many years to keep this URL. It was a one-year-old thing that I left untouched. I don’t know why, or if it was to save money. But here I am. It was no longer available when I returned to it.

So, yeah. Substack will likely be the title, but that is something I believe can be easily changed down the road. You can find me on Twitter, where you’ll find a link. But I’m guessing that for people who are listening to this who maybe aren’t on Twitter or something like that, aaronrupar.substack.com should be the place to go to find that.